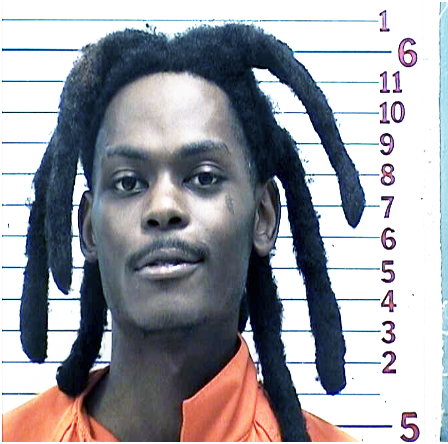 The final suspect in a brutal Aiken triple murder from June was captured Wednesday in Oklahoma, authorities said.

Alvin Artis IV was being hunted in the June 26 shooting deaths of 17-year- old Willie L. Garrett IV and 16-year-old victims Cameron Carroll and Ivan Perry. The trio were shot on Wadley Drive in Aiken.

Suspect Xavian Berry, 18, was captured over the summer at a hideout on Lloyd Town Road. A 15-year- old boy was also arrested at the time.

Artis was taken to the Comanche County Detention Center, Okla., where he will be held pending an extradition hearing.

“We are grateful for the relationships we have with State and Federal law enforcement partners that assisted with this latest arrest,” Sheriff Michael Hunt said in a press release. “Even though we still have work to do, it is our hope that these arrests bring some comfort to the families of Willie, Ivan, and Cameron.”

Before the killings, Artis had evaded cops for months since failing to appear in court for a Jan. 23 arrest for possessing a stolen gun. The 20-year-old suspect made bond three days after his arrest but failed to show in court, according to court records.

On June 26, authorities say Artis was with the trio riding in a black Hyundai when they gunned down the victims outside a single-wide trailer at 226 Wadley Drive in Aiken.

“Witnesses told investigators that before hearing the shots, the victims were in an argument” with the three suspects, an ACSO press release said.

Garrett and Perry died on the scene and Carroll was pronounced dead after being rushed to Augusta University Medical Center. A friend said they all attended Aiken High School.

Willie and Cameron are first cousins, the friend said. They did not live on Wadley Drive.

Authorities gave no motive but linked it to gang activity that has increased in the county.

Previous article
Active shooter hoax at Westside High School tied to others around state
Next article
Woman kept in a cage as ‘sex slave’ in Augusta home; 5 arrested