HomeLifestyleFaithFaith: Something to Think About

Faith: Something to Think About 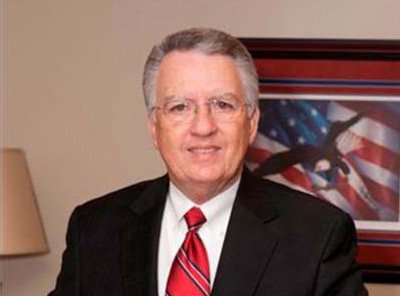 I have recently been reading through the Book of Judges during my daily Bible reading time.  I find that book very fascinating as it shows just how much God can use any person He desires to bring about His will for His people.  During the time when there was no king in Israel, the Bible says that the “people did what was right in their own eyes.”  When this was the case, things did not go well for the nation at all.  Human beings are “fallen” creatures who will always do what they want to do unless they happen to be saved and given a new heart and mind.  Because of his nature, man will always seek his own way and ignore what God says to do.  That is a natural human reaction and always leads human beings to go in the opposite direction from what God wants them to do.  Even Christians find it difficult to resist the human drive to disobey God.  I recently dealt with that issue in another article.

But, what happens to a people, a nation, when they reject God and “do what is right in their own eyes?”  The Book of Judges gives us a vivid picture of what happens to such a nation and the people of the United States need to be aware of what God will do if we don’t get a number of things straightened out.  God is an unchanging God.  He never alters his mind on any issue and America will find that to be true.  In Judges we find that the Nation of Israel went through a number of fluctuations in their relationship with God.  As we read, we find that God would provide them with a Judge to lead the people since there was no king at that time.  There would be prosperity and safety as the people followed the Lord wholly and did as He said to do under the leadership of a judge.  And, then they would start to fall away from the Lord and worship the idols of other groups of people.  As the relationship to God declined and He became more and more displeased with the nation, he would punish them.  When they fell under punishment they would repent, get back in a right relationship with God and things would go well under a new Judge.  The cycle would continue for a long time: new Judge…obedience….blessings… rebellion…repentance….new Judge….restoration….prosperity.  This was seen over and over.

The thing that I think we should take notice of is that God never just simply punished them.  He did it by turning them over to their enemies.  He let their enemies have their way with the Israelites until they suffered so much that they decided it might be a good idea to repent and get right with God as a nation.  As one reads the Bible they will discover that God uses one’s enemies to help straighten His people out and get them on the right path again.  The Jewish nation was sent into Babylonia for seventy years. This kind of punishment could easily happen to America if we do not correct so many ungodly things going on right now. The wonderful thing about this is that God never gives up on His people but keeps on being willing to restore them after they see the error of their ways.  God always has His remnant with which to rebuild a nation after they repent of their sins but the “good” people, the remnant, have to go through all the punishment which was brought on by the ungodly.

We are far more sinful than was Sodom and Gomorrah and we know what happened to them.  God destroyed them with fire from heaven.  As we look at all the debauchery and immoral behavior in America today, we need to understand that an unchanging God has not altered his mind on the issue of sin against Him.  If He does not judge America for what we are doing today, then Sodom and Gomorrah would have to be restored and an apology issued to them.  God does not “wink” at homosexuality, perversion of all kinds, abortion (the killing of innocent children to the tune of sixty four million since abortion was legalized), murder, drugs, adultery,…need I say more? This world and its people are “going to hell in a handbasket” as the old saying goes.  When our governmental leaders approve and propose abortion and all kinds of sexual perversion we are setting ourselves up for God to do as He did with Israel of the Bible; turn us over to our enemies to punish us and bring us back to repentance.

This could easily happen at any time.  If China and Russia were to combine and put military pressure on the U.S., we would be in a very precarious situation.  And don’t think they haven’t thought about it.  We should stop selling property to other nations, particularly China because one day our people will wake up and realize what a stupid idea that was.  Do you think China or Russia would be kind to the American people?  If you do, I feel sorry for your being so gullible.  In many ways, our own leaders are setting us up for defeat or at least a world war.  And, they seem oblivious to it or else they are intentionally putting us in a bad position.

God could easily turn us over to some of these I have mentioned and they would be only too glad to accommodate Him and punish us.  They would not know that they are part of our punishment but God would and we would find it out soon enough.  Then, guess what we would do, I hope?  We would repent as Israel did and God would restore us as He did with His People.  But, all this doesn’t have to be.  If we would be wise enough to see how God has accomplished His purpose of bringing a nation back to Himself in times past we could avoid the precedent He set when dealing with bringing Israel to repentance and restoring their fellowship with Him.

So, it’s simply a matter of survival and prosperity.  It is first of all, a spiritual matter that must be taken seriously because God has truly given us “Something to Think About.”

Editorial: It is time to rein in nuisance animals

COLUMN: Churches need to be clear on what beliefs they hold

Column: The word no one in city government wants to hear