Destiny Thomas, 24, was arrested Wednesday, Nov.16 for animal cruelty and burglary in the first degree.

The bizarre act of a person biting a dog – a phenomenon noted in journalism for being an unusual, infrequent event – actually occurred in September after a burglary on the 2100 block of Walton Way. But the suspect was only jailed this week.

It all started around 11:30 a.m. on Sept. 27 when an Augusta man returned home to find his front window had been shattered and Thomas inside his home. Richmond County deputies responded to his call and found the woman running down the road with a small white dog in her arms. They tried to detain her, but she suddenly “pulled the dog to her mouth and began biting it,” authorities said.

The dog screamed and yelped in pain, authorities said. Officers were able to remove the dog from her mouth, but Thomas began to fight with deputies. She then tried to grab the dog around the mouth and strangle it before officers saved it.

The phrase “man bites dog” first appeared in an 1899 book about newspaper work, according to the website Quote Investigator, but legendary newsman Charles Dana is said to have used it also when Richard Harding Davis, a famous World War I War correspondent, asked him for a definition of news.

“When a dog bites a man, that is not news, because it happens so often. But if a man bites a dog, that is news,” said Charles Anderson Dana, an American journalist, author, and senior government official in the late 1800s.

There is even a “Hilarious Headline Board Game” that uses the title.

Journalistic news values maintain that something is newsworthy if it is timely, happening nearby, involves prominent people, places or conflict, something of great magnitude or human interest, but it is also news when an unusual event occurs such as the birth of a two-headed calf . . . or when a human bites a dog rather than a dog biting a human, according to David Bulla, chair of the Augusta University Department of Communication. 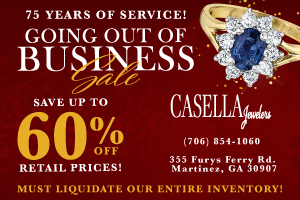