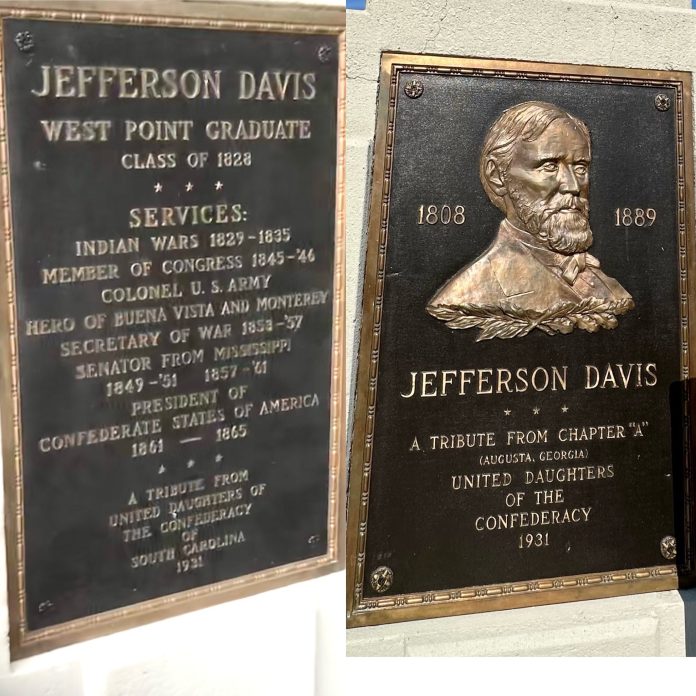 Two plaques honoring Jefferson Davis on an Augusta bridge could go to a North Augusta museum if litigation doesn't block their removal.

Milledge Murray, a member of the Heritage Committee of the Arts and Heritage Center of North Augusta, asked the Augusta Commission to donate the plaques to the ...