So far Grovetown, North Augusta, Cross Creek, Westside and Strom Thurmond have proven to be untouchable in their respective regions as we enter the final three weeks of the regular season. Those teams have combined to post a 25-0 record in region play, and only three times has the margin of victory been fewer than 10 points. Meanwhile Greenbrier, Burke County and Aquinas all won important games last week to catapult themselves to the top of their respective regions as well.

Finally, Augusta Christian, which recently dropped a game at home against Cardinal Newman, will have a chance for payback tonight when the Lions travel to Columbia for a rematch. A road win would give Augusta Christian a share of the lead in the South Carolina Independent School Association (SCISA), Region 1 standings. Let’s consider why that will be easier said than done before updating the region standings and the key matchups this week that could alter those standings below.

Augusta Christian, a returning state champion, is experiencing its most significant stretch of adversity in at least two seasons. Senior Luke Wilson, a 6’10” center who recently signed with Georgia Southern, is believed to be out for the rest of the season because of a broken bone in his foot. And the availability of leading scorer DJ Shine for tonight’s game at Cardinal Newman is still uncertain after Shine missed Friday’s 61-35 win over Hammond because of an injury.

Luckily for fourth year head coach Brandon Dotson, Augusta Christian’s loaded roster has plenty of reinforcements, including 6’5” junior Khaleel Pratt, one of the area’s best all around players. Pratt recently committed to play baseball for Kentucky, but before that announcement most basketball fans knew him more for his four-year run as an impact varsity player. Pratt was a team leading point guard for Augusta Prep as an eighth grader. Then he started as a freshman for Greenbrier before transferring to Augusta Christian. Last season he consistently fulfilled whatever role his team needed most from him as the Lions marched to a 25-5 record and their first state championship since 2014.

With Wilson and Shine missing Friday against Hammond, Pratt was called upon to do a little bit of everything, from scoring to distributing the ball on offense, to applying pressure on defense and controlling the boards on both ends. The junior turned in a nearly flawless performance, scoring a game high 23 points and making 6 of his 7 free throw attempts. 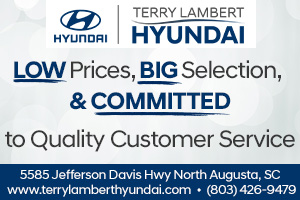 “I was just trusting the coaching staff because Coach Dotson drew up a great game plan,” Pratt said in an interview Saturday. “We were trying to get more guys involved because we had two guys out. We were trying to do some new things on offense. And we did some great things on defense, which really worked out. We got a lot of steals last night. So I’m just trusting what the coaches are doing, stepping up and playing a bigger role.”

Pratt often received the ball at or just inside the top of the key. From there he showed his versatility as a scorer by making a three pointer when the defender gave him space, and blowing by him when crowded to finish at the rim, and taking a dribble or two into the mid range to score with a jump shot over a shorter defender.

Pratt has been a tenacious rebounder since joining Augusta Christian’s juggernaut. And he believes he has a special duty on the boards now because he doesn’t have Wilson alongside him in the paint.

“I take pride in defensive rebounding and boxing out the bigger guys, especially with Luke gone,” Pratt said. “I feel like it’s my main job to do that, to box out and get rebounds. And on the offensive side, I’m not taking the shot, I think I should be the one to get in there and get the rebound because that just creates more possessions and more opportunities to score for my guys.”

Two of the players who Pratt will be trying to get extra scoring opportunities are fellow juniors Breylan Smith and Troy Booker. Smith scored 15 points and Booker added 11 in the win over Hammond. Smith’s explosiveness off the dribble and his shot making ability in the paint, especially when supplemented with a hot shooting touch from deep, make him a unique and exciting player to watch.

“Breylan is lightning quick. Guarding him in practice every day is tough,” Pratt explained with a smile. “I haven’t told him this. But I’d say he’s one of the toughest guys that I’ve had to guard on a regular basis. He’s very crafty, and he’s very shifty as well. So it’s hard to read what he’s gonna do.”

Class 6A, Region 2 – Grovetown is sprinting away from the pack

Halfway through the region race No. 5 Grovetown, the defending class 6A state champion, looks all but invincible. The Warriors (10-8, 6-0) have won their six outings by an average margin of 25.8 points, and last weekend’s 94-26 road win over South Effingham only padded that statistic further.

Class 5A, Region 1 – Greenbrier tilting towards a sweep? 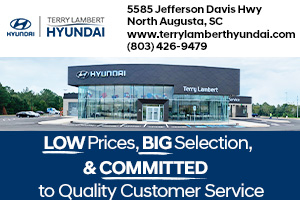 The No. 9 ranked Lady Wolfpack helped themselves in that effort last week by winning two games, including one against No. 4 Bradwell Institute, to move into a tie for second place with Statesboro. Greenbrier and Statesboro are one game behind leaders Bradwell Institute and Ware County.

With four games remaining, the coming Friday-Saturday-Tuesday series against Bradwell, Ware and Statesboro will give Wolfpack basketball a special opportunity to sweep the regular season championship and become the host site for the coming region tournament.

Since Friday’s 57-44 victory over Midland Valley, North Augusta’s incredible student section and home court advantage inside of Jacket Arena have gotten almost as much attention as the 21-0 overall record the No. 1 ranked Yellow Jackets have recorded so far this season.

After the win over Midland Valley, ninth year head coach Tony Harrell talked about the difference made by the rowdy students who stood the entire game opposite of North Augusta’s bench.

There are no region tournaments in South Carolina, so the results of the next four region games will determine the playoff seeding for the four teams from this region who end up qualifying in the postseason. The top two teams will start the playoffs with a home game, and North Augusta and Midland Valley have a big lead in that effort.

Both of North Augusta’s rivalry games this week will be played in Jacket Arena. Expect the students to continue to make their presence felt while cheering on both the No. 1 ranked boys and the No. 2 ranked Lady Yellow Jackets.

Burke County can grab the top spot in the region standings Tuesday with a win at home over Benedictine, who beat Burke County in the first meeting in Savannah. Then the Bears could create some serious distance from the rest of the pack if they are able to earn a win on the road Friday against New Hampstead.

Class 3A, Region 4 – A Razorback region sweep is in the cards

Halfway through the region schedule, Cross Creek’s boys and girls both look like the teams to beat. Both are ranked No. 7 in class 3A, and the Lady Razorbacks are as close as it gets to a sure bet to earn a region championship, which will bring with it the privilege of hosting the region tournament.

Salem is one game behind Cross Creek’s boys, but no other team is closer than three games back. And defending back-to-back class 3A state champ Cross Creek will play at home against Salem in their second meeting.

However, Tuesday’s game between Cross Creek and Harlem could be interesting because Cross Creek’s smallest margin of victory (7 points) in region play came against Harlem in the region opener.

Class 2A, Region 4 – Does anybody but Putnam County have a chance to catch Westside

The top two seeds in this eight-team region will get a bye into the region tournament semifinal round and therefore an automatic playoff bid. No. 1 Westside, the defending class 2A state champion, and No. 5 Putnam County have the inside track for those prizes. And those two teams will meet Friday night at Putnam County. But first No. 9 Thomson and Butler will have a chance to narrow the gap between them and the current leaders tonight when Thomson travels to Westside and Butler plays host to Putnam County.

Just like the boys side, the girls side of this region contains three top ten teams. No. 4 Thomson has bolted out to an 8-0 start, and No. 5 Josey is one spot behind the Lady Bulldogs in both the rankings and the region standings. Meanwhile No. 8 Butler is close enough to make a run at one of the top two spots as well.

There is still a lot of basketball ahead, but No. 8 Strom Thurmond looks like the heavy favorite on the boys side of this region. And No. 4 Silver Bluff does for the girls.

The top two teams in this region will receive a bye into the semifinal round of the region tournament, and therefore an automatic state playoff berth. Aquinas defeated Warren County last week when senior Tahj Vines banked in a three pointer at the buzzer to seal a 52-50 road win for the Fightin’ Irish. Towns County, which beat Aquinas in their first meeting, is only one game behind the leaders.